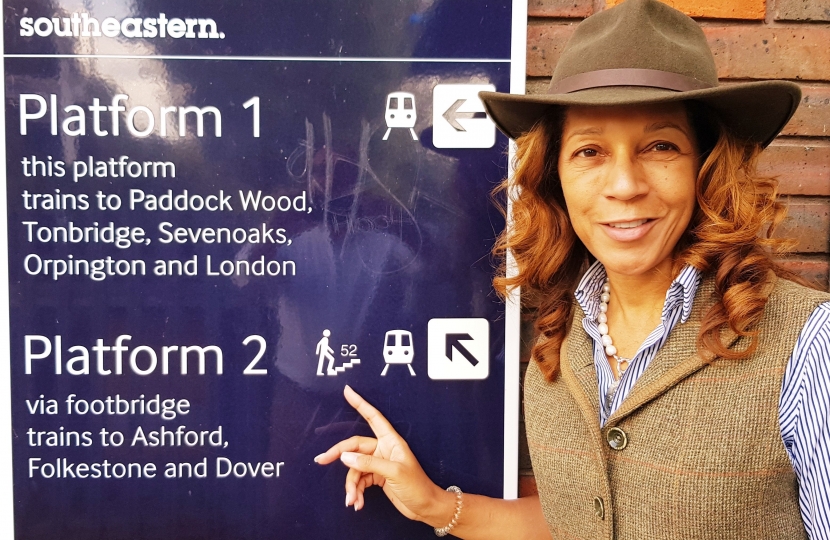 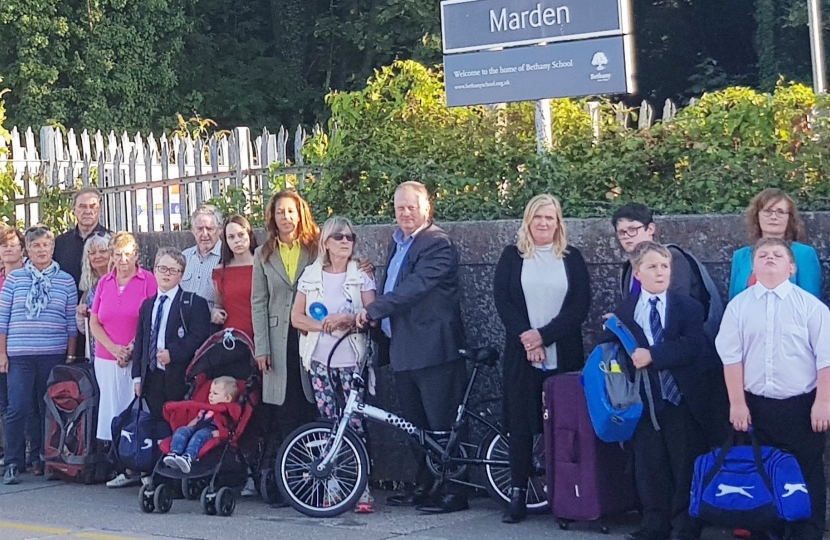 In July 2018, the Department for Transport announced that up to £300 million of Government funding would be made available for step-free access improvements at railway stations in Great Britain between 2019 and 2024, including lifts, subways and bridges.

Current operator Southeastern invited bids for station improvements in the Maidstone area and local MP Helen Grant jumped at the opportunity.    Working with Marden Parish Council she submitted a bid for Marden Station in September and today it was announced that South Eastern are putting the bid forward for consideration by the Government.

Helen said ‘Only four stops away lies London to the West and Ashford International to the East.  This important commuter station serves some half a million users a year and demand is growing, but only the London-bound half of the station can be used by people needing step-free access’.

‘The situation is hugely inconvenient and inequitable for anyone who struggles with stairs; passengers with luggage, wheelchair users, mothers with prams, and those who just need a helping hand - especially if they have no use of a car’.

Mrs Grant has also backed a Maidstone Borough Council bid for step free access at Maidstone West station, which has also been recommended to the Government by Southeastern.

The Department for Transport is expected to announce which stations will benefit in early 2019.