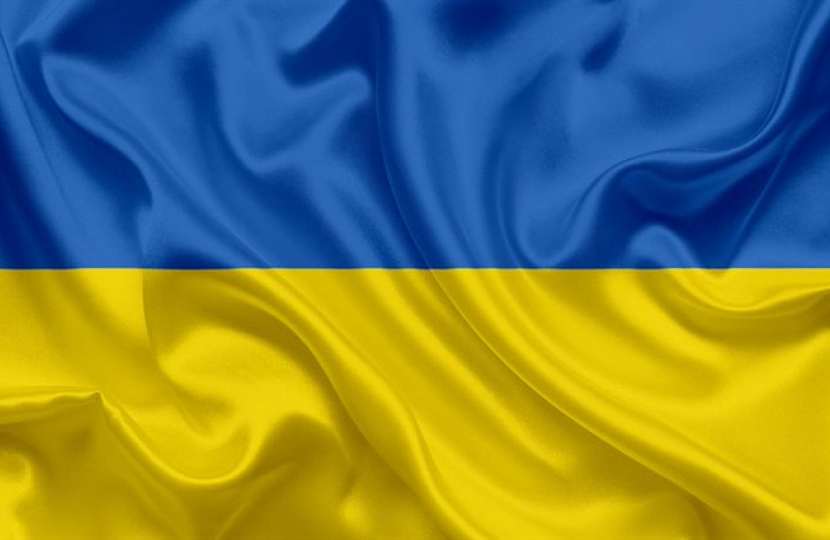 When I was a young girl at primary school, I remember our class reading a book called the Silver Sword, by Ian Serraillier. Based on fact, and set in 1940 in occupied Poland, it is a reminder of a terrible past that must not be forgotten. The story follows a Warsaw family torn apart by Hitler’s Nazis and how three children survive a journey of escape through perilous conflict. Crucially it is also about hope, generosity, compassion and courage at a time of deep humanitarian crisis.

The obscenity of the Russian war we are now witnessing is history repeating itself and is sickening to my core. The UN estimates that a quarter of Ukraine’s 44 million population have fled their homes, with 4 million leaving the country altogether, seeking safety and sanctuary from Putin’s despotic aggression.

International humanitarian support has been gratifying to witness in countries across Europe, most notably Poland where deeply held WW2 memories survive. Here in the UK, 56,500 visas have been issued through the Ukraine Family Scheme and the Ukraine Sponsorship Scheme. A further 17,000 have been issued under the Homes for Ukraine scheme and I am pleased to say that of these, 752 were made within Kent and 91 by people living in Maidstone.

This figure could, and should, be much higher, with thousands of applicants still waiting to receive information from the Home Office.  Daily, I also hear from constituents who’ve registered for the Homes for Ukraine scheme, but weeks later still await a Home Office response.

I have written to the Home Secretary expressing serious concerns and my team are liaising personally with an emergency team set up in Portcullis House in Westminster.  Unfortunately, however, their efforts are being frustrated by long queues of fellow parliamentary staff, waiting on what is clearly an under-resourced task force.

Amidst such bewildering bureaucracy at this time of emergency, there are heartening stories coming through. Last week I spoke with one constituent who had succeeded in helping his fiancé, and her daughter, find safe passage out of Ukraine. They then travelled across Moldova, Romania, Hungary, Austria and Germany, by bus and train, before securing a flight to the UK. They still have family left behind and under threat, and so I hope and pray that their story follows that of The Silver Sword, with a shattered family safely reunited after the war.

Sissinghurst Castle Garden is reinstating the impressive Poplar Avenue, that was originally planted by former owners Vita Sackville-West and Harold Nicolson in 1932.  The Poplar Avenue is one of 70 National Trust tree planting initiatives for the Queen’s Green Canopy project, a unique tree planti