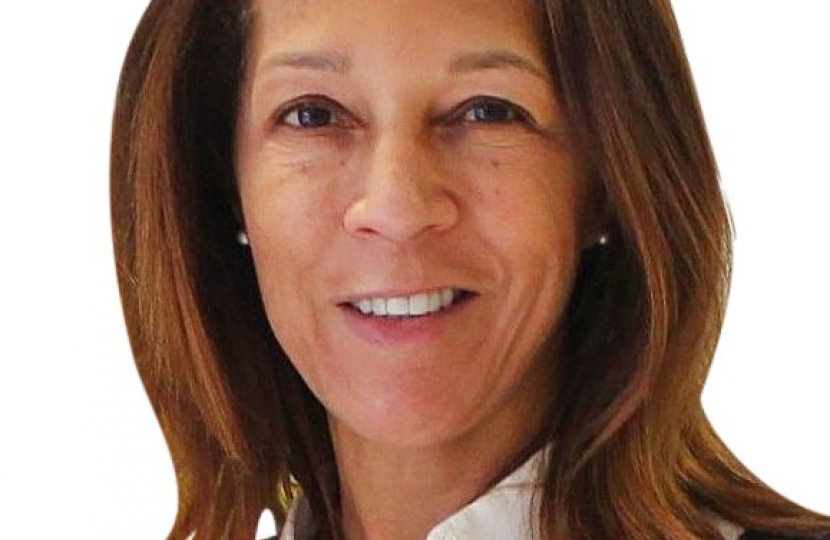 Black History Month is perhaps more poignant this year than ever before. The Black Lives Matter campaign has powerfully shone a light on racial injustice the world over and the Covid-19 pandemic has tragically and disproportionately affected people from a Black, Asian and Minority Ethnic background the most.

This is also a time of personal reflection and celebration of my own Anglo-African heritage. Nigeria is a country that is very close to my heart, with my Father being Nigerian, and my family name being Okuboye.  As my wonderful Mum is English, I have the best of two worlds and my dual cultural heritage allows me an informed insight into some of the most difficult societal problems we face today; especially racism.

Tackling racial injustice in our country should start with our discourse. All of us as individual citizens have our part to play. Sadly, to many, racism is invisible.  It’s something that happens ‘somewhere else’, or it’s just ‘locker room banter’ with folks ‘only having a laugh’.  To defeat racism, we must personally recognise it and call it out, wherever we see or hear it.

Those of us in positions of influence have an even greater responsibility to be mindful of our language and to call out racism in all its ugly guises. As we thankfully enter the endgame of Brexit, we have a chance to redress some of the damage that was inflicted by the Referendum campaign of 2016 and the ensuing Brexit era.

The resulting loss of trust in politicians by people from black and minority ethnic backgrounds shouldn’t be underestimated.  The Referendum campaign on both sides was a disgrace.  The worst I have ever seen; with messages of hate and division put out on a daily basis.

We now need to prove to the British people that achieving Brexit is not at the expense of our identity and our values; because it needn’t be.  Values such as diversity, inclusion, multiculturism and equality - all the things that have helped make Britain great - should be enhanced by Brexit as we seek to cement our place as one of the most diverse and outward looking societies in the world.  And in making that case, action speaks louder than words.

Since I came into Parliament in 2010, we have had numerous reports and studies into how best to tackle racism and inequality. However, we have lacked sufficient meaningful policies that actually take action to address the issues identified.

Theresa May’s Race Disparity Audit did make some welcome progress. Firstly, in identifying racial inequalities across our public services and then in bringing forward policies to address them; including targeted measures to support ethnic minority people in the labour market. However, many of the major policy changes put forward as a response to the audit, such as greater requirements for companies to report on their ethnic minority pay gap, seem to have been lost in the Covid maelstrom since their consultation periods ended many months ago.

Therefore, whilst I welcome the Prime Minister’s Race Commission as a step forward, it is critical that it focuses on tangible action that can be taken to address racial inequality, not just words, when it reports before the end of this year.

For example, that action could include, compulsory collection and disclosure by employers of data relating to recruitment, retention, promotion and pay of all employees, because the light of transparency is a powerful weapon against conscious and unconscious bias.

It could include more targeted universalism to address health inequalities, where good universal schemes, such as cancer screening, are targeted towards those who need them most.

And it could include more accountability, more transparency, oversight and safeguards in the criminal justice system.

Let this October be a call to action for all policymakers in the UK. Let’s act to root out racial injustice in our country; not just during this Black History Month but every month and every day because it is only then that real progress will be made.