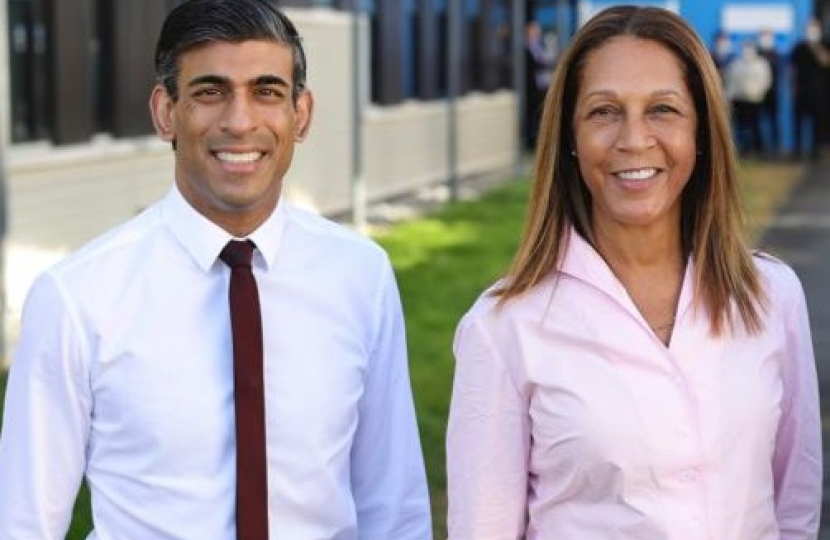 Relief and excitement were the first words that came to mind when Rishi Sunak was elected as our Party Leader and PM, unopposed, by a large proportion of my Conservative Parliamentary colleagues this week.

Relief that we have a highly competent and experienced person at the helm of our ship, in what is a very stormy ocean.  And an excitement that I had not felt since David Cameron became leader of the Conservative Party in 2005.

I first met Rishi Sunak at a meeting I had requested when he was a housing minister in 2018.  I was with Maidstone Borough Council Chief Executive, Alison Broom, and we were concerned about a significant housing policy affecting the borough.  It was there that I first witnessed his laser judgement and a remarkable skillset for dealing with complex issues.  Traits that are a hallmark of his time in Westminster since 2015 and recognised by many MPs.

He also has a very warm and human side, sadly not often present within political leaders.  It was evident during a visit he made to Maidstone Hospital’s Oncology Unit this year (photographed), through his genuine, sincere and caring approach to patients, and those who look after them.

At the age of forty-two he has the energy of youth on his side.  His economic and organisational competence and experience will assist him in bringing financial stability to the UK.  And I also believe that Rishi’s integrity and immense skill will help to restore our battered reputation in the international community.

Another very special aspect of Rishi becoming PM is that he has smashed a glass ceiling for diversity and inclusion, becoming the first British Asian to hold that great office - such a significant moment in our nation’s story.  In doing so he has become a role model for millions of young people, both here and around the world.  And he will inspire others, like David Cameron did for me, to stand for election at all levels of government, to engage with our political process and to represent their communities in public service.

Vitally, Rishi has pledged to deliver the manifesto upon which the Conservative Party was elected for a 5-year term in 2019.  As he pointed out in his inaugural speech to the nation ‘the mandate my party earned in 2019 is not the sole property of any one individual, it is a mandate that belongs to and unites all of us.  And the heart of that mandate is our manifesto. I will deliver on its promise’.

I acknowledge the call from some of my constituents to hold an early General Election, but the PM’s 2019 manifesto pledge means there is no justification for this.  Furthermore, it is without doubt that a general election would have caused weeks of political turmoil and uncertainty, all the way through to the New Year.  That would be hugely damaging to this country and our economy at such a critical time.

Rishi has my complete support and I wish him every success for the good of our great country.