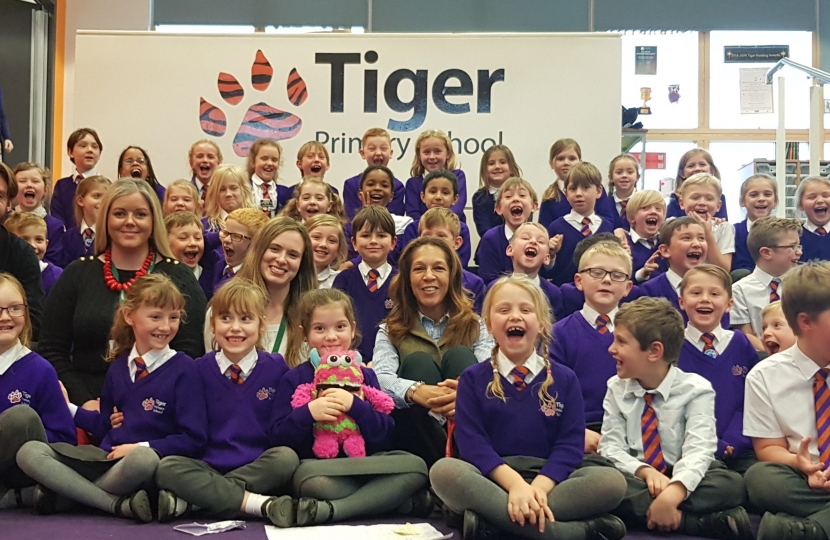 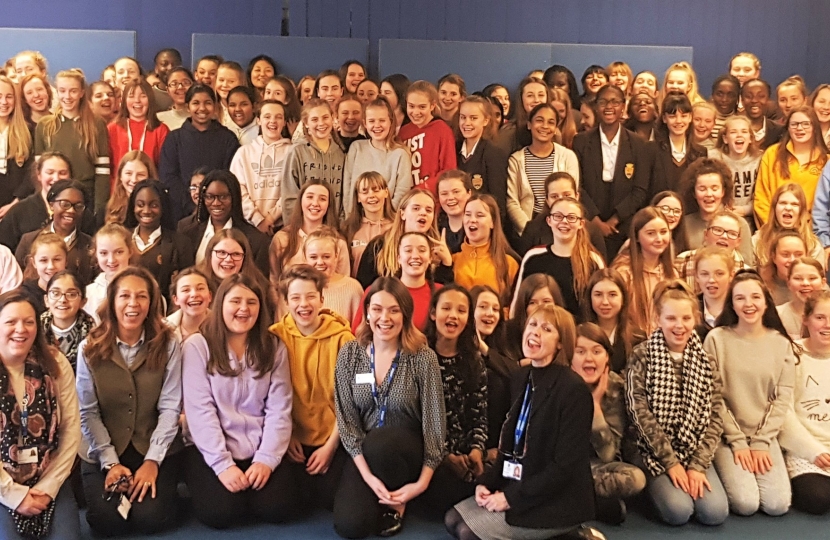 MP Helen Grant continued her Q and A tour of local schools in Maidstone & The Weald with visits to Tiger Primary School in Loose and Maidstone Grammar School for Girls in Bridge Ward last week.

The primary school session was with Year 3 pupils aged 7 and 8 and everyone including the teachers had a chance to put a question to Helen, about anything at all.  It was school Science Day and the topic was Volcanoes – so Pompeii and Vesuvius featured prominently.  Is the Prime Minister Strict? was a question that created some interest and inevitably the ‘B’ word arose.  When asked what Brexit was, Joe aged 8 assertively explained that ‘it is not doing the same thing as we used to do’.  Mrs Grant responded – ‘well he’s not wrong is he!’

Next stop was Maidstone Grammar School for Girls where the whole of year 8 assembled to engage with Helen on her work as an MP.  The young ladies aged 12 and 13 also asked about the Referendum, Helen’s previous career in business and her views on gender balance in Parliament among a range of other subjects.

Helen said ‘I am so pleased that our schools are actively promoting politics and the role of civil society to our next generations.  We really need them to engage, understand and become the leaders and key opinion formers of the future - the earlier we make contact the better.  I will continue to visit all of my schools, to nurture the children’s interest and to listen to their teachers views and ideas’.