MP Takes on New Role to Back English Wine Producers 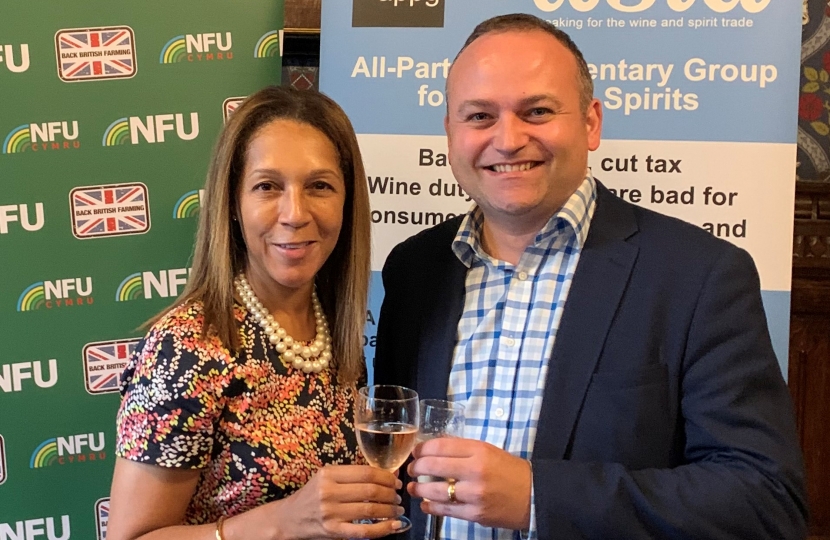 A Kent MP vowed to back the county’s wine producers as she was appointed to a new position in Parliament this week.

Helen Grant, Member of Parliament for Maidstone and The Weald, became the new Co-Chair of the All Party Parliamentary Wine and Spirit Group at an event to celebrate the booming English Wine industry. The Group exist to promote the UK’s wine industry which already accounts for 2000 jobs across the country and, it is predicted, could generate an additional £658 million a year in revenue through tourism by 2040.

Helen was particularly excited to take on the role having seen for herself the positive effect English vineyards can have on the rural economy with the industry leaders Hush Heath and Herbert Hall in her constituency.

Speaking at the reception Mrs Grant said, ‘I am delighted to take on this exciting new role. The English wine industry is growing rapidly and providing a much needed boost to our rural economy.

Wine tourism, in particular, is transforming the tourism landscape in the Garden of England and I am so pleased that Hush Heath and Herbert Hall, in my beautiful constituency, are leading the way in that regard. I look forward to doing everything I can to support their growth in my new role.’