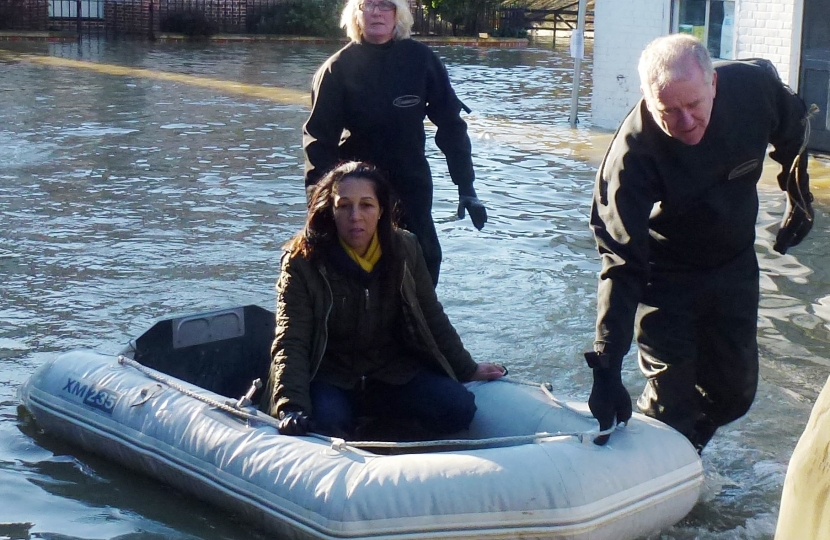 The warnings had been coming in all day from agencies and local government, but that final update phone call I received at 2am on the morning of December 26th 2013 did nothing to prepare me for the events of the days and weeks that followed.

The village of Yalding was at the confluence of a once-in-a-generation flood which devasted homes, houseboats and businesses all the way along the Medway to Allington Lock in Maidstone. But as families became heartbreakingly homeless that Christmas, those of us who were there to try and help also witnessed an enormously powerful display of community spirit and resilience.

It is largely thanks to that spirit, and to the determination and selflessness of community leaders, that substantial improvements have since been made to flood management in the Low Weald. Property level resilience, in particular, has meant that many individual homes in Yalding and environs were much better protected when the waters rose again in 2019 and 2020.

There are still dozens of properties, however, which cannot benefit from property level schemes due to their location and for these homes flood protection can only be achieved using larger infrastructure projects involving the surrounding land, drainage and river discharge management.

That is why I recently wrote to formally support the proposed expansion of the Leigh Flood Storage Area. The plans will markedly increase capacity at the site near Tonbridge; providing greater protection from flooding to hundreds of homes and businesses and unlocking investment in the west of Kent. I very much hope that when the plans go before a DEFRA Inquiry later this month they will be approved.

Crucially, I also want to ensure that the Leigh FSA is used more often to protect communities downstream from Tonbridge, in places such as Yalding, Laddingford, Nettlestead, Hunton and Collier Street. Currently, the facility is only deployed when Tonbridge is at risk of flooding, meaning it is seldom used to specifically reduce water levels for communities further East. I have therefore urged the Inquiry to insert a condition, if they approve the planned expansion, which requires the FSA to be used more often to protect the River Medway villages in Maidstone Borough.

I have also raised this matter directly with the Floods Minister, Rebecca Pow, for her consideration and will be keeping the pressure on ahead of the Inquiry meeting at the end of this month.