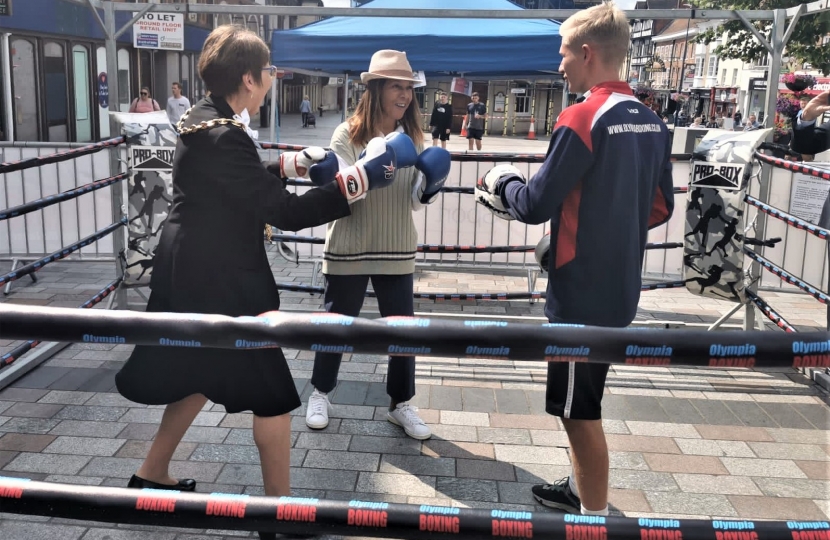 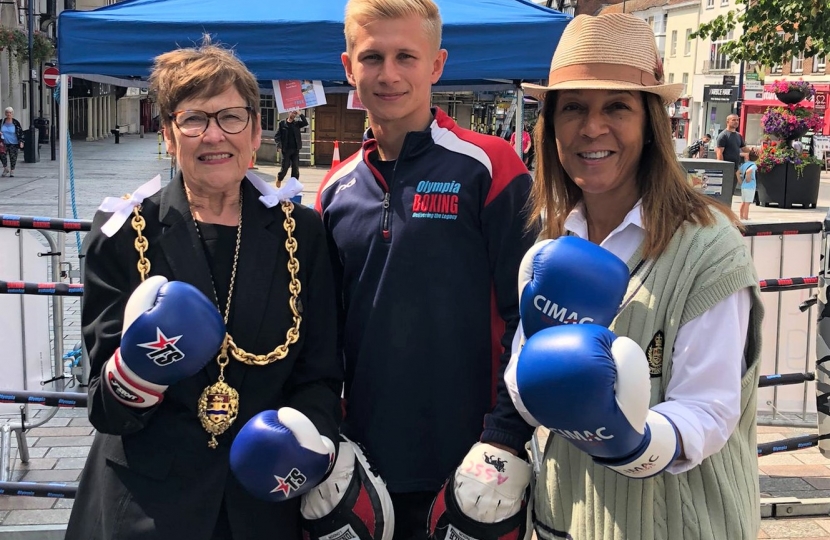 Helen Grant, MP for Maidstone and the Weald, visited ‘Boxing 4 Parkinson’s and Dementia Road Show’ as it came to the county town on Monday.

The roadshow is travelling across Kent throughout the week to raise awareness for people who suffer with non-visible disabilities such as Parkinson’s and Dementia, and to encourage people to get involved with their ‘Boxing 4 Parkinson’s’ initiative.

Boxing 4 Parkinson’s is managed by Phil Bungay, the lead coordinator at Parkinson's UK Medway & District Working Age Group, and the classes are led by Wayne Smith from Olympia Boxing. The scheme also has support from a number of volunteers from Parkinson’s UK and the Alzheimer’s Society. The programme is for people living with Parkinson’s Disease and carers in their community to engage in a fun, non-contact sport and offers an opportunity for people to socialise. The boxing itself is strictly not-contact, with participants wearing gloves and using punching bags to ensure a safe, friendly environment.

Research has shown that regular exercise can help greatly in delaying the progression of Parkinson’s and other neurological diseases, making a hugely positive impact on people’s lives.

Whilst visiting the road show, Helen Grant said: “Boxing 4 Parkinson’s is such a great initiative. For many years I have recognised the power of sport in helping individuals and communities, offering so many mental and physical benefits. This is something that is great fun and brings people together to help those with non-visible disabilities, particularly Parkinson’s disease and dementia.

All the hard work that Phil, Wayne and the volunteers have done is truly inspiring. This is also just one of many pieces of community work that Olympia Boxing have done in and around Maidstone, for which they should be commended.”

Throughout the pandemic, Boxing 4 Parkinson’s have been running online zoom classes to keep people active, as well as their Boxing 4 Dementia classes. The road show hopes to encourage more people to get active and get involved.

The past two years have reinforced, more than ever, how much we as a country value the NHS as a centrepiece of our society.