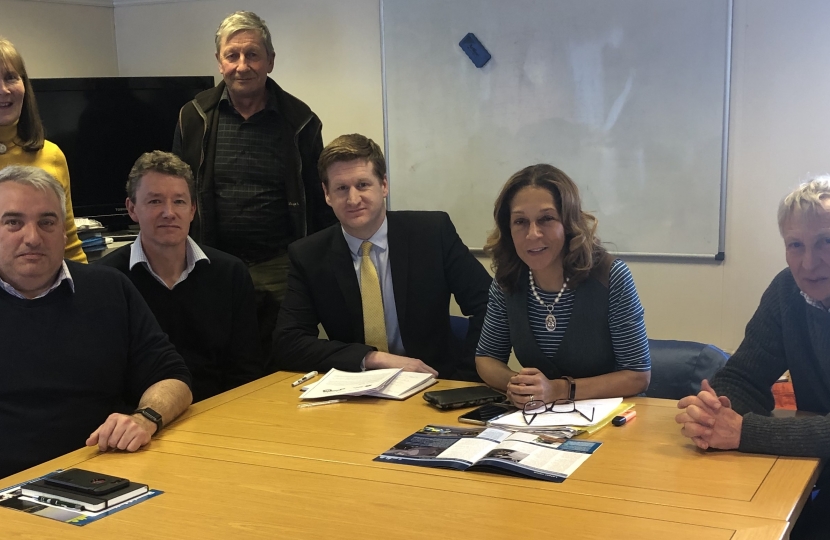 Helen Grant, Member of Parliament for Maidstone and The Weald, convened a rural crime summit at her office in Maidstone last week to discuss concerns brought to her attention by local farmers.

The MP invited farmers and rural business owners from across the Low Weald as well as representatives from the local National Farmers Union and Kent’s Police and Crime Commissioner Mathew Scott to discuss concerns about developing trends in rural crime.

The summit provided a perfect opportunity for the farmers and rural business owners to raise concerns about crime in their communities. They discussed specific worries about thefts, hare coursing and sheep worrying. There was also particular concern raised about a noticeable increase in fly tipping; which is now sometimes occurring on an industrial scale, causing great distress and financial cost to landowners. The farmers praised Kent Police’s rural task force and community policing teams but explained that more needed to be done to root out the crimes which can be so damaging to their way of life.

During the meeting, Mr Scott explained his hope that increased police officer numbers over the coming months would mean that the rural policing team could be expanded. The Commissioner also confirmed that Kent Police would be undertaking an increased number of co-ordinated days of action against fly tippers.

Furthermore, after hearing the level of concern amongst farmers, Helen Grant also committed to writing to Kent County Council leader Roger Gough to ask him to reconsider the Council’s policy on charging for non-household waste disposal; as this is seen as one of the catalysts to the increase in fly tipping.

Helen Grant said, ‘I was really pleased to bring together farmers from across my constituency to share their experiences of rural crime directly with our Police and Crime Commissioner.

Matthew’s continued commitment to tackling the issues discussed is encouraging and I very much hope that some of the extra officers Kent Police is recruiting will be deployed to tackling the crimes which are such a blight on our rural society.

I am worried about the impact KCC’s decision to impose charges on household waste disposal is having on fly tipping in our rural areas and will be raising my concern at the very highest level at the Council.’

Matthew Scott said, ‘Supporting rural residents and businesses is a priority of mine, so I was pleased to meet with farmers and the NFU to talk about their concerns and what more can be done to help. Crime is important no matter where it takes place. I’m pleased to say the Rural Policing Team has doubled in size in recent years and they are actively working on tackling fly-tipping, hare coursing and other issues.’

I am writing further to my bulletin of last week to update you on the latest Government advice and local action (see ‘Supporting our Most Vulnerable Citizens’ below) in our collective national effort to stop the spread of Coronavirus.