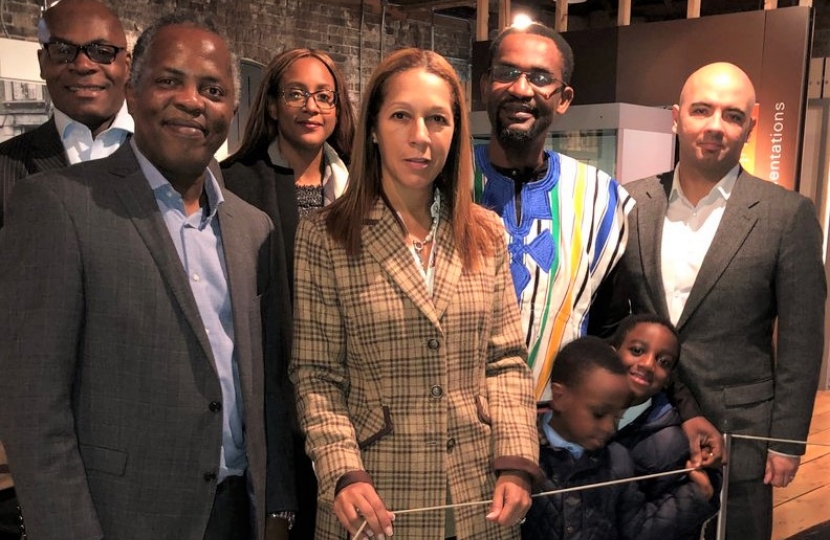 Today it is estimated that over 40 million people are victims of modern slavery. 1 in 4 are children, and women and girls remain disproportionately affected, according to the latest statistics released by the United Nations.

While we have come a long way since the legal abolition of slavery across the British Empire in 1833, the statistics reveal a sad truth that these evil practices continue. Yes, we are approaching two centuries since slavery was abolished, but the legacy of racism remains.  This was evidenced by a new report in The Guardian published this month revealing shocking evidence of the everyday racial bias that affects black, Asian and minority ethnic groups in the UK.  The report also highlights the wider impact of unconscious bias, ‘micro-aggressions’ and how these behaviours impact upon the everyday lives of 8.5 million Britons from minority groups.

Sunday 2nd December 2018 marked the International Day for the Abolition of Slavery and to commemorate the occasion I visited the Museum of London. Together with representatives from Conservative Friends of the Caribbean and Conservative Friends of Africa we saw the very table where the Slavery Abolition Act was drafted. Indeed, it was in April of that year at a public meeting in Maidstone, in my own Parliamentary Constituency, that the ailing anti-slavery campaigner William Wilberforce delivered his final anti-slavery speech.  On the 26th July 1833, the Abolition of Slavery bill was passed in Parliament and a messenger was rushed to Wilberforce's house where he lay dying. Providentially he passed away barely three days later.

The visit for me was a moving reminder of how far we have come and the steps we still need to take to redouble our efforts to end modern day slavery.  In our society today it comes in many forms; be it sexual exploitation, the abuse of unaccompanied children or the ill treatment of agricultural workers.

Given its proximity to the coast and mainland Europe, my constituency in Kent is particularly susceptible to human trafficking. As a former member of the Human Trafficking Foundation, I remain committed to ending the scourge of human trafficking both within my own constituency, nationally and internationally, particularly within my father’s homeland of Nigeria where Boko Haram continue to exploit trafficked children for labour and sex trades.  Let us not forget that there are still over 100 girls from the Chibok kidnapping unaccounted for.

It is a common mistake to think that modern slavery is a foreign phenomenon and only affects those living in other countries or those who come to the UK from elsewhere. In fact, as part of my work to highlight this issue and dispel that myth, I have met many British citizens who are stuck in a cycle of forced labour and can see no way out.

As Vice Chair for Communities I want to continue to work closely and directly with communities across the UK to identify and support victims of this horrendous crime. The Government has trained new specialist investigators and frontline police officers as well as investing in training for prosecutors, to equip them to deal sensitively with complex cases and support the traumatised victims.

By 2030, the UN aspires to eradicate forced labour, end modern slavery and stamp out human trafficking and I am committed to supporting that pledge.  If readers of The Voice are aware of any such abuses in their community, I implore you to get in touch with me and I will ensure the proper agencies take action.

Maidstone’s road network is unique. It is where four of Kent’s arterial routes meet and it encompasses four junctions of the M20.