Maidstone Mencap has a new President 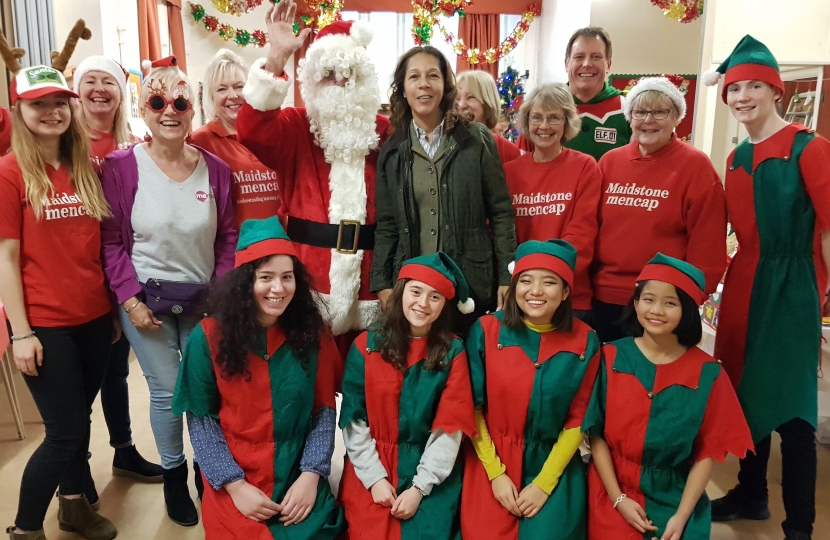 Maidstone Mencap has a new President.  After six years in the post Andrew Wells, son of former MP for Maidstone the late Sir John Wells, decided to step down and had over the reins.  The Board approached Mrs Grant to take over after 10 years as a Vice President, alongside neighbouring MPs Tom Tugendhat and Helen Whately, both of whom remain in post.

Helen said ‘I thank Andrew for his sterling work over many years.  He leaves the Trust in excellent shape with Sue Roughley in the Chair and Hazel Callaghan as secretary.  Liane Morris leads the young people and their families with enormous dedication and there are too many other delightful people to name, all pulling more than their weight to keep the ship afloat.   I will do my utmost to keep up the support and promote the charity whenever I can’.

A spokesman for the Maidstone Mencap Trust said ‘"We take this opportunity to thank Andrew Wells for his enormous support over the last seven years and wish him all the very best in his retirement. We are thrilled that Helen Grant has agreed to become our new president. Helen has been a staunch supporter of our charity over many years helping to raise awareness, funds, and support for those with learning difficulties in the Maidstone area. It seems only fitting that she should be our new figure head and we look forward to working alongside Helen in the future"