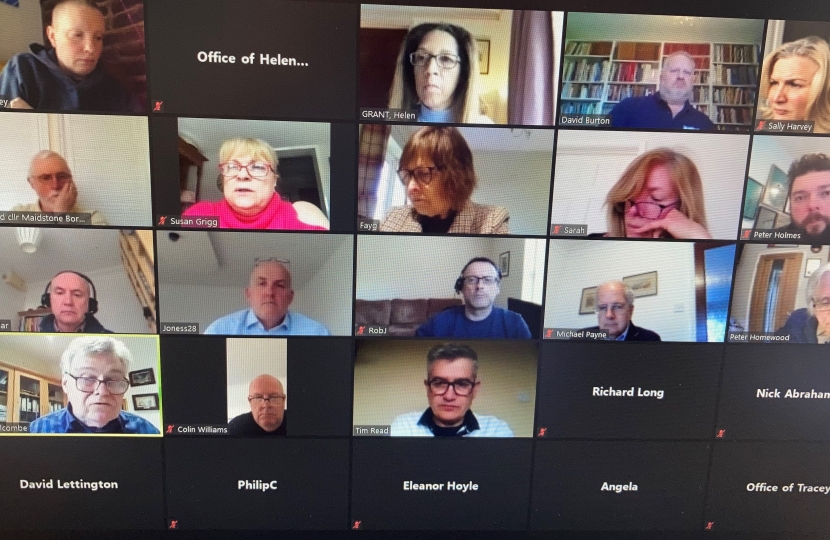 Whenever I speak with people who live, work or travel through the Allington and Barming wards of Maidstone, which is frequently, it is never long before the conversation turns to the adverse consequences of overdevelopment around Hermitage Lane.

Widespread and wholly legitimate concerns have been ignored for so long, and as the local MP I find that to be unacceptable. That is why, earlier this month, my colleague Tracey Crouch and I convened a meeting of key stakeholders to ensure the issues are on the record as recognised, prioritised and properly addressed.  Attendees included representatives from: Kent County Council (KCC), Maidstone Borough Council, Tonbridge and Malling Borough Council, the Environment Agency, Kent NHS and resident’s groups.  We discussed the long running spate of disruptive and dangerous geological sinkholes appearing in the area, the ever-increasing traffic congestion which blights the north and south sides of Hermitage Lane, and the worries about future provision of school places and access to GP appointments in Barming and Aylesford as the local population expands.

Our conversation also sought to focus on specific actions which can be taken to improve the situation, and a list of tangible action points were agreed as a result. For example, KCC will press ahead with plans to upgrade the A20 to the north of Hermitage Lane; hopefully reducing queues at peak periods. They will also pursue Government funding for a large-scale improvement to the ‘Fountain’ junction at the south side of Hermitage Lane. In addition, the Kent NHS Clinical Commissioning Group will provide an update on progress with plans for the creation of a new GP surgery in the area, to accommodate the needs of the occupants of so many new homes. Plans will also be advanced for the creation of two new primary schools in the locality.

There will be a further meeting of the group in early July to assess progress. An assessment will also be made as to what further interventions might be necessary to ensure any development in the West of Maidstone is sustainable.

Infrastructural improvements on and around Hermitage Lane are essential for the quality of life for thousands of people who already live and work in the area.  They must become a top priority for our local authorities and I am hopeful that this meeting, and the resulting action points, will prove to be an important step toward an easing of justifiable local discontent.

One of my key aims is to protect and support our NHS, free for all at the point of need, and improve our vital hospital services at Maidstone and Pembury.

Storm Overflow sewage pollution is a serious issue that deserves serious action and I continue to be appalled by the ongoing dumping of raw sewage into the seas around Kent by Southern Water.