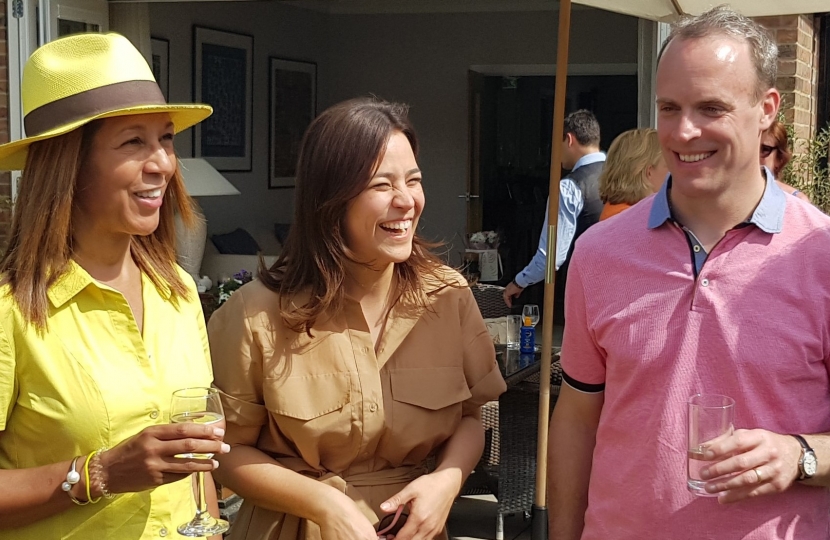 For the second time since I became an MP, I share with my colleagues the profound responsibility of choosing two new leadership candidates for my Party, one of whom will become the next Prime Minister of our country.

For me, the next leader must, first and foremost, be committed to respecting the democratic will of the British people and delivering Brexit as soon as possible. That will require a Prime Minister with a high level of competence in detailed international negotiation, supported by a disciplined and unified cabinet operating under the strict rule of collective responsibility.

But Brexit isn’t the only game in town for our next PM, it’s just the first item on the agenda.  He or she will also need to have energy, compassion and a unifying vision for our country.

In recent weeks I have spoken privately, in one-to-one meetings with the leading candidates, to assess their credentials.  For me Dominic Raab is, without a doubt, the best equipped and best prepared.

He has the unflinching resolve and experience required to fight for our Country's best interests and deliver Brexit by Halloween, to end this dreadful uncertainty. Furthermore, Dominic, whose father, a Jewish refugee, died when he was age just 12, came from modest beginnings, attended a Grammar School and studied at Oxford before becoming a Foreign Office layer. Like me, he therefore believes passionately that everyone should have the opportunity in life to make the best of their talents, and he has a clear plan to create a fairer Britain.

We met while working on a social mobility task force before entering Parliament together in 2010.  We discovered a shared love of sport, particularly Martial Arts (he’s a karate black belt 3rd dan). I learned too that he’s a good family man with considerable determination and strong values.  His fresh demeanour is unrivalled and he’s just the role model and leader our country needs right now.