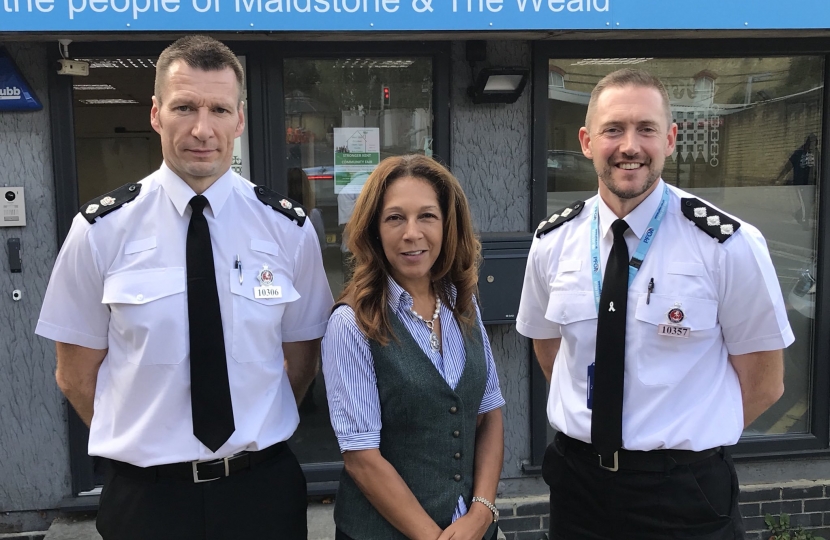 Pleasingly, the vast majority of people in Kent are adhering to the Government’s social distancing rules. Within a County population of 1.8 million only 64 enforcement notices have been issued for breaching the regulations. I was pleased to note that police protocol follows ‘4 Es’ when dealing with this issue, meaning they firstly Engage, Explain and Encourage…..and only Enforce as a final resort.

Appallingly, however, there have been 72 offences in Kent of people spitting at, or coughing on, police officers, the perpetrators then claiming to be infected with Covid 19.  In response, together with several other Kent MPs, I wrote to the Lord Chief Justice asking that our Judges impose immediate prison sentences on guilty parties.  We were mindful, of course, of the need to preserve the separation of powers between legislators and the Judiciary but I am encouraged, nonetheless, with the reply we received.  It confirms, and I quote; ‘taking into account recent offending trends, the sentencing council has included spitting and coughing as an aggravating factor’ - meaning Judges can add more weight in their sentencing decisions.

A positive consequence of the current restrictions is a reduction in certain types of crime, with marked falls in burglary and robbery for example.  I would also like to report that Kent Police are currently experiencing the lowest police staff absence rate in the country, demonstrating their dedication and resilience in such tough circumstances.

Our virtual meeting also gave me the opportunity to raise my serious concerns about the recent arson attacks against members of Maidstone’s Gurkha community. These are abhorrent crimes targeted against individuals from a highly respected part of Maidstone’s society and community.  I was reassured to learn that Kent Police are stalwartly focussed on bringing the perpetrators to justice and on providing support to those affected.