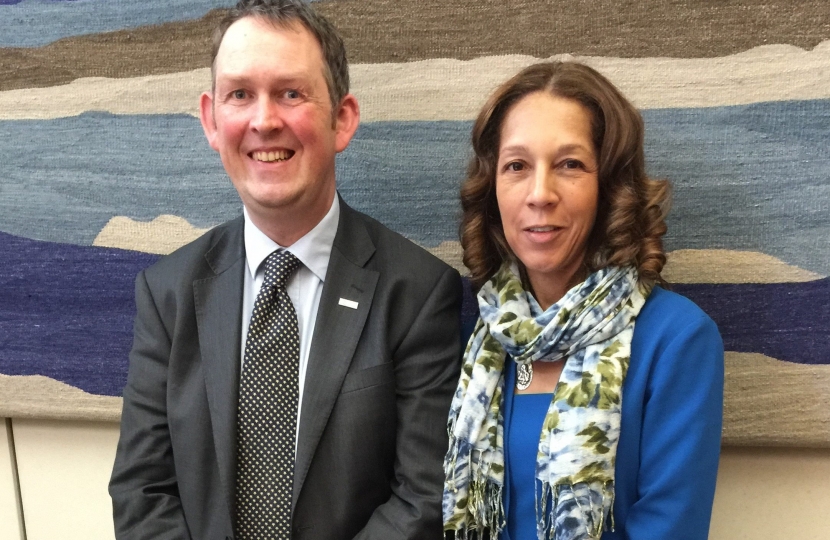 Train operator Govia Thameslink has incurred the wrath of local MP Helen Grant, who has gone straight to the trains Minister to seek redress.

As was widely reported Govia’s CEO Nick Brown last week indicated that a service due to start in May next year, to London Bridge and Blackfriars, will now be deferred by 18 months to December 2019.

Mr Brown suggested that the Department for Transport (DfT) are concerned about the scale of simultaneous wholesale changes to timetables right across the South East. Officials allegedly have asked Govia to consider "how best to de-risk the introduction of such a major upgrade", which is the reason Govia have given behind the decision to phase-in the changes instead of doing them in one fell swoop.

Mrs Grant said ‘I am furious that Maidstone have been put to the back of the queue for these important service improvements; our County Town deserves better than this. I have today (Monday) had a one-to-one discussion with rail minister Paul Maynard and he has agreed to re-examine the situation regarding Maidstone with me. He has also invited me to meet with the lead officials from the DfT to discuss the changes and will be making arrangements for that meeting forthwith’.

Minister Paul Maynard said “Improving rail services is a priority for this government, which is why we are making the biggest investment in the network since Victorian times - including £7bn expanding the Thameslink network which will transform north-south travel across London and the South East.

I am committed to further developing the implementation of the Thameslink Programme to ensure passengers realise benefits in the shortest possible time.”

· Helen Grant has been a longstanding campaigner for better rail services in Maidstone & The Weald. She was a member of the now disbanded MARUG rail users group in 2008.

· The Blackfriars service is expected to continue to be provided by Southeastern and its successor until GTR begins the Thameslink service in Dec 2019.

· When the Thameslink service starts, passengers will benefit from a regular 2tph all day (except Sundays) from Maidstone via London Bridge and Blackfriars, to Cambridge.

· The re-phasing of Thameslink means a deferral of benefit for Maidstone, not a loss of service.

· From May 2018 the new timetable will deliver 70% of the capacity benefits of the Thameslink Programme, reducing crowding and offering new cross-London services for passengers on one of Europe’s busiest main line railways.

Background given from the Department for Transport:

The train service improvements, made possible by the Thameslink Programme, are being implemented by Govia Thameslink Railway (GTR) as part of the biggest timetable change in a generation. This timetable change is only made possible through fundamental changes to the operating principles of the railway, for example introducing automatic train operation (which is essential for high frequency services) through the Thameslink core.

The Department for Transport expect, and passengers deserve, changes of this magnitude to be delivered reliably but learning lessons from past changes we know that even smaller scale changes can be disruptive for passengers. For this reason, the Secretary of State earlier this year asked GTR to propose options to de-risk the introduction of the timetable changes. We accepted GTR’s recommendation to increase the number of services through the Thameslink core more gradually than had been planned, beginning in May 2018 and ending in December 2019 (rather than 2018).