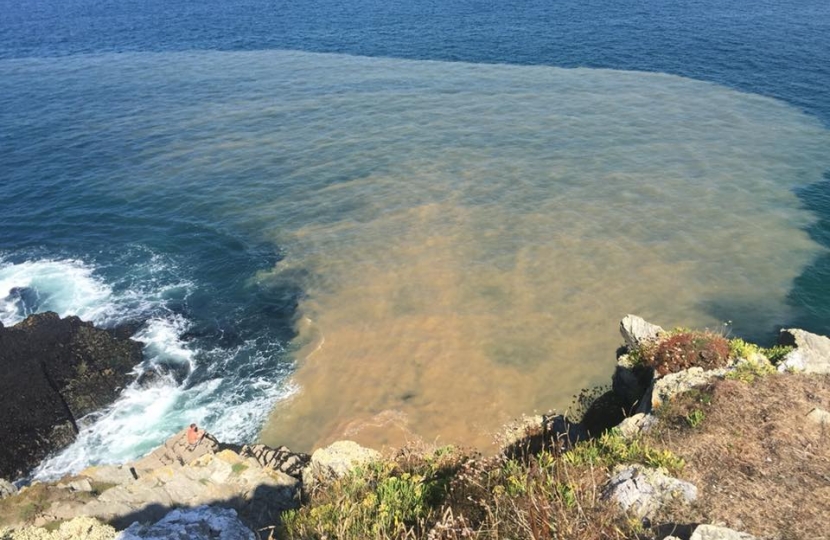 Storm Overflow sewage pollution is a serious issue that deserves serious action and I continue to be appalled by the ongoing dumping of raw sewage into the seas around Kent by Southern Water.

There has been a lot of misinformation published about this important issue - as explained here https://capx.co/beware-of-the-sewage-emanating-from-fake-news-websites/.  It is fair to say that the government is actually meeting the task head-on, contrary to the messaging of certain campaign groups.

By way of some narrative on the situation, Storm overflows were designed as an emergency outlet for use in times of extreme weather conditions.  But the age of our sewerage systems means that the complete elimination of discharges from storm overflows would be immensely costly.  Initial assessments are between £150 billion and £600 billion and as the process would involve the complete separation of sewerage systems, this would potentially lead to significant disruption for homes, businesses and infrastructure across the country.

A task of this size would mean increased costs to customers and trade-offs against other water industry priorities would be unavoidable.  A thorough understanding of what such trade-offs might be is therefore essential.

The Environment Bill now includes strong measures to deal with this issue, and others, as follows;

Additional action being taken outside the Bill, which will work hand-in-hand with the legislation, includes;

Finally, it is worth understanding that the ‘storm overflows’ issue is only one part of the picture when it comes to improving water quality.

I hope the magnitude of their action on the issue indicates the importance placed on water quality by the Government.

On the campaign trail across Maidstone & The Weald this year there was an unusually strong level of engagement from people on the doorstep.  There was a heightened level of understanding about how important our local authorities and elected representatives are, almost certainly as a result of