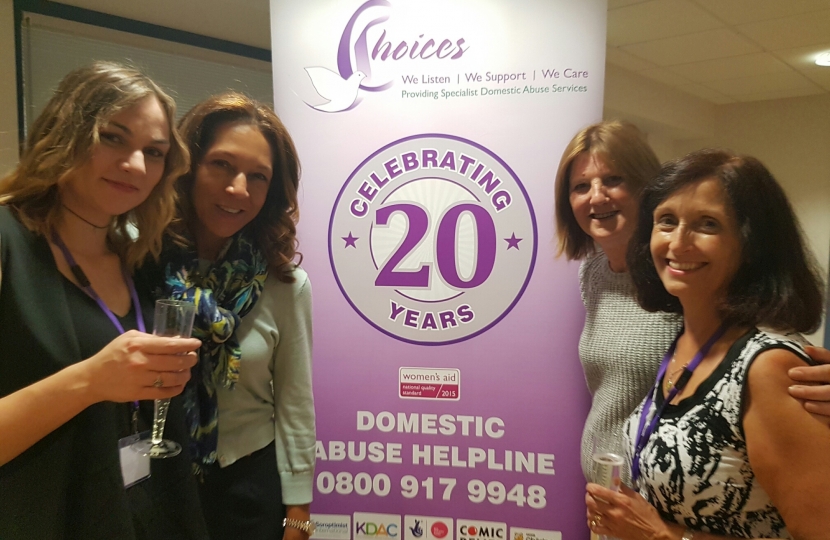 Before I was elected Member of Parliament for Maidstone & The Weald in 2010 I was a family lawyer for 23 years, focusing on tackling the challenges of family breakdown, and particularly the scourge of Domestic Violence.  There has been a great deal of good work done in this area over the years, but still it persists in ruining lives, sometimes fatally.

Covid-19 has cruelly exacerbated the situation, locking troubled families into an inescapable space and leading to a marked surge in reported incidents.  In Kent, reports of domestic abuse increased by 26% in April and May compared with the same time last year.

I believe Kent Police deserve great credit for their speed in responding to this significant rise in cases, quickly establishing a new information page on their website, initiating a marketing campaign profiling domestic abuse and how to report it, and steeply escalating officer attendance at reported incidents.

I also pay tribute to the domestic abuse support charities, like Choices in Maidstone, for their rapid response to Covid-19; maintaining their vital services, which are quite literally a lifeline to many, whilst still following social distancing guidelines.

In Westminster, this week was a very timely moment for the House of Commons to debate and approve the new Domestic Abuse Bill; marking a welcome step forward for a landmark piece of legislation.  It creates a definition of domestic abuse in law, to include financial, verbal and emotional abuse as well as physical and sexual, and establishes a Domestic Abuse Commissioner to stand up for victims and survivors. It also introduces new legal protections for victims, such as prohibiting perpetrators from cross examining their victims in court, which was one of the reasons why many past clients of mine chose not to proceed with legal action.

If you are suffering domestic abuse, please do not suffer in silence. Call the National Domestic Abuse helpline free, at any time, 0808 2000 247.  You are not alone and experienced help is at hand.