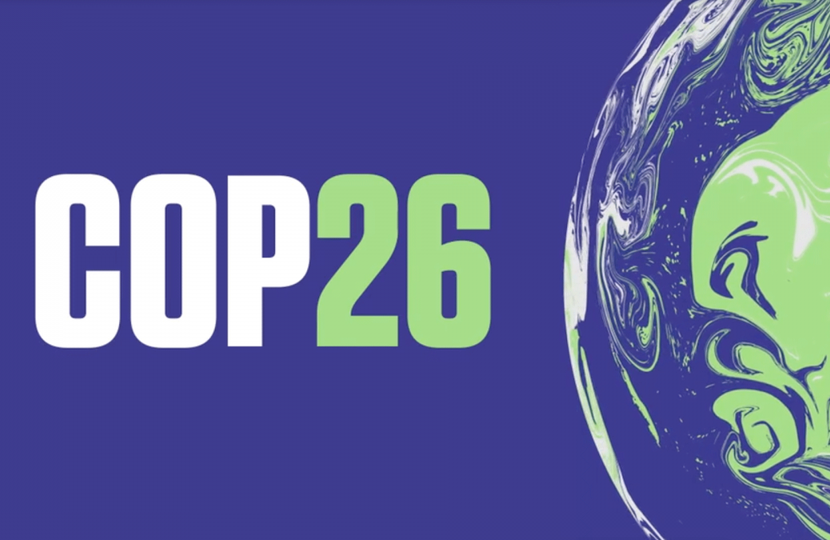 It is undeniable that unless global warming is arrested, the world will face the collapse of the life essentials we currently take for granted; our drinking water, our food, habitable ambient temperatures, weather conditions and sustainable food chains in the world’s oceans.

This challenge will require unparalleled levels of international cooperation and that was the purpose of COP26 over the last two weeks.  I was there for 2 days  in my role as the Prime Minister’s Special Envoy for Girls’ Education, speaking on Youth and Public Empowerment Day.  My message was about the link between managing climate change and girls’ education globally.  Do read my recent LinkedIn article here: https://tinyurl.com/hjs26fmy.

The COP26 headlines were all about limiting global warming to 1.5C, ending deforestation, switching to electric vehicles, cutting methane emissions by 30% by 2030 and (controversially) reducing the use of coal.

It is important that we recognise the risks of climate change in a local context.   Here in Maidstone and the Weald, farmers may have to manage up to a 20% increase in winter rainfall and summer temperature increases of 3.0C by 2040.  This will greatly impact upon farm production yields, leading to food shortages and rising prices for consumers.  Encouragingly the National Farmers Union have adopted a ‘net zero by 2040’ policy and many farmers across Kent are actively adapting to climate change and becoming greener.

On a much wider scale, if weather and climate become more and more hostile around the globe, climate migrants will be driven to more clement shores, such as ours in Kent, adding to the hundreds already arriving here who are fleeing terror and conflict.

Since becoming a Parliamentarian in 2010, my eyes have been progressively opened to the effects of climate change.  Nations and individuals must change lifestyles if we are to secure a healthy and safe world for our future generations.

COP26 has gone a long way toward that goal, with an agreement from 197 counties that covers net zero commitments on over 90% of global emissions.  That success was, regrettably, dampened by India and China who insisted on a pull-back on wording relating to the use of coal power.  The final text now says ‘phase down’ instead of "phasing out” which is a significant amendment.  The international effort continues, and the UK is playing its part, but there is so much more to do.