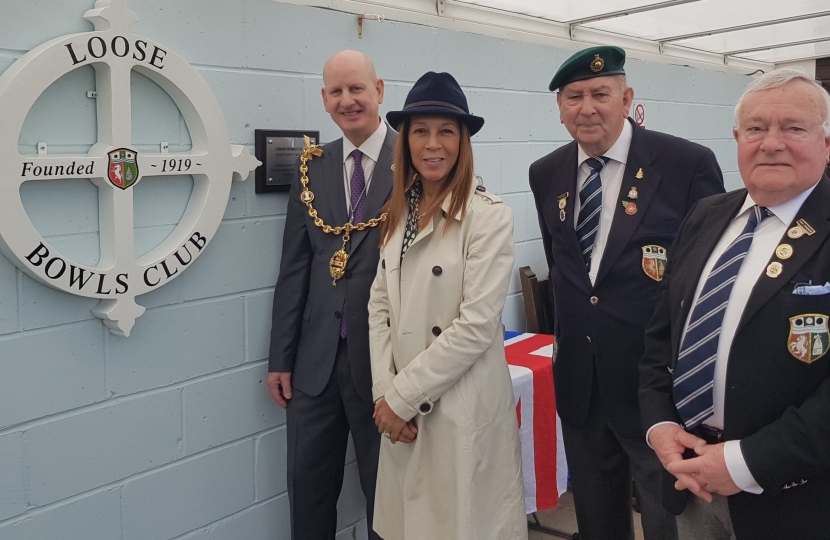 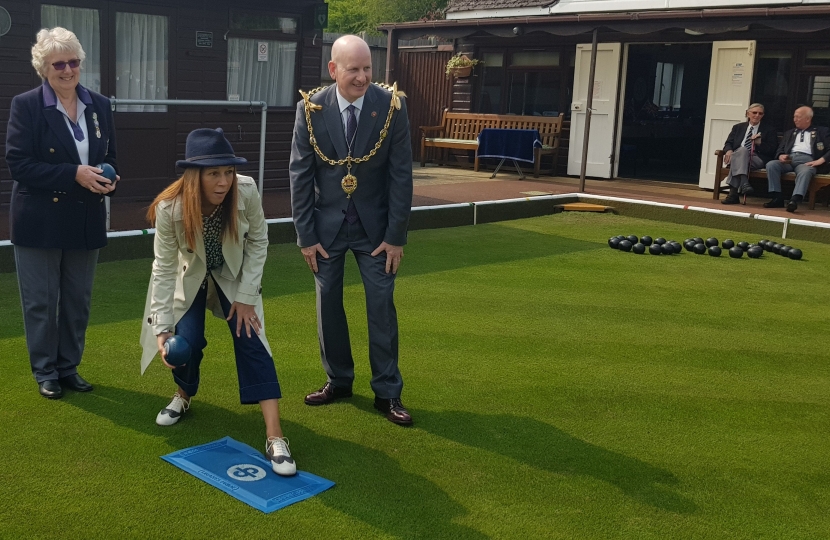 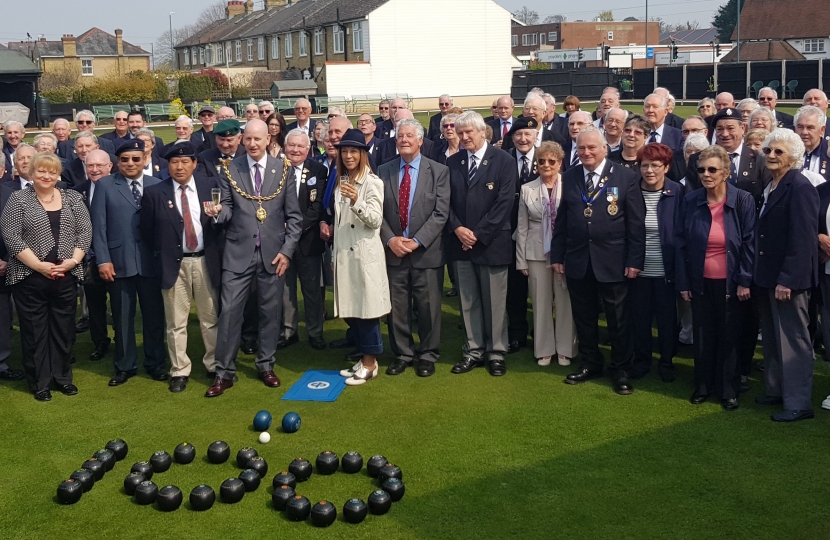 Once the tea lawn of the Swan public house in Loose, Maidstone, the home of Loose Bowls Club was filled with members and guests celebrating its centenary year as the season opened this week.

The club started after the end of The Great War a time of great social upheaval.  In June 1919, as part of the peace celebrations, local squire George Marsham arranged a garden party to be held at his grand residence at Hayle Place.

The event was in the nature of a ' welcome home ' for the local servicemen who had endured that terrible conflict.  A man called Henry Libby suggested that some 'woods' be obtained and a game of bowls be played on the lawn that afternoon.  Such was the beginning of Loose Bowls Club which later moved to the current location in 1928 after purchasing the land from the brewery for the benevolent sum of £1.

There was a strong military presence at the event with Royal British Legion flagbearers and a bugler playing the last retreat before 2 minutes of silence, respecting the many who did not make it home.

After unveiling a commemorative centenary plaque, Maidstone and The Weald MP Helen Grant then bowled the first wood of the 2019 season, to great applause, running long and straight towards the jack.

Helen said ‘This must have been a place of much needed gentle pastime and comradery for the survivors of the First World War.  As we fell silent in remembrance there was a feeling of great poignancy amongst the many people who attended the event.   I also think I got the bug for bowls and look forward to playing a game or two here in Loose if time allows in the future’.

Club Chairman Fred Livermore said ‘Today was a total success and we really appreciated Helen’s attendance together with the Mayor.  What we need now is for more people, young and old, women and men, to join us and see this wonderful club serve our happy community for another 100 years’.