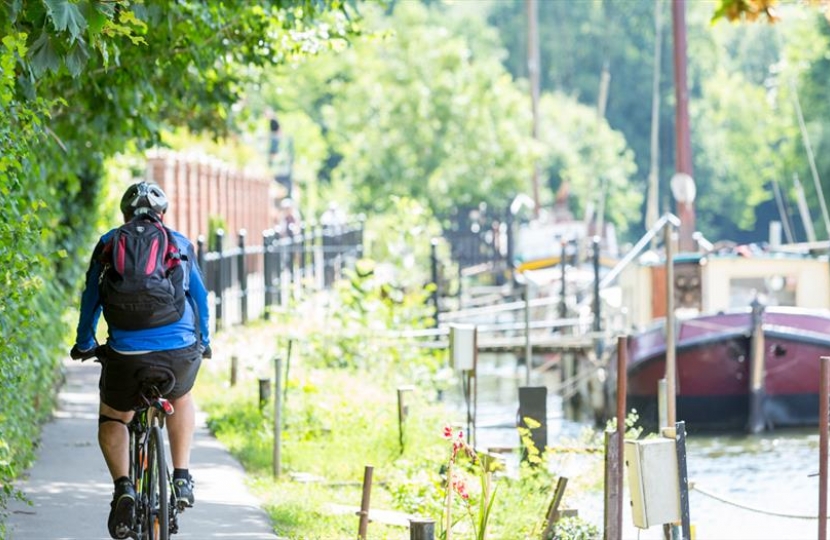 It is encouraging that air pollution has reduced significantly since 2010. Emissions of nitrogen oxides have fallen by 33 per cent and are at their lowest level since records began, however, there is still more to do.

I therefore welcome that the Government has put in place a £3.8 billion plan to improve air quality and create cleaner transport. This includes nearly a £1.5 billion investment to support the uptake of ultra-low emissions vehicles; £1.2 billion to increase cycling and walking and make our roads safer for vulnerable users; and £880 million to help local authorities develop and implement local air quality plans and to support those impacted by these plans. This funding is in addition to a further £2.5 billion to support a number of cities improve their local transport systems through the Transforming Cities Fund.

I am also pleased that at the Budget in March, the Chancellor announced a £304 million investment in capital over next two years to combat roadside pollution, enabling local authorities to take steps to reduce nitrogen dioxide emissions.

You may be aware that the Government’s Clean Air Strategy aims to cut air pollution and save lives, backed up by new primary legislation. The Strategy details how the UK will go further and faster than the EU in reducing exposure to particulate matter pollution. It sets out a goal to halve the number of people living in locations with concentrations of particulate matter above WHO guidelines and I am encouraged that it has been described by the WHO as 'an example for the rest of the world to follow'.

The Environment Bill builds on this Strategy and sets an ambitious, legally binding target to reduce fine particulate matter, and increase local powers to address sources of air pollution. This target will be among the most ambitious in the world and improve the quality of millions of people’s lives.

Locally here in Maidstone & the Weald, following the release of the air pollution data in the town centre, I was in touch with Maidstone Borough Council to offer my support with any necessary future changes (https://www.helengrant.org/news/maidstones-air-quality) and more recently I have been pleased that KCC consulted on improving the local network to reduce congestion, further information can be found on my website here: https://www.helengrant.org/news/keep-maidstone-moving. I will remain in contact with the local authorities to ensure that Maidstone benefits from the funding available to support lower emissions.